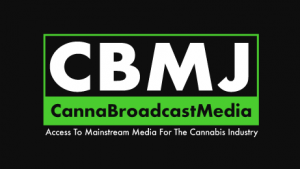 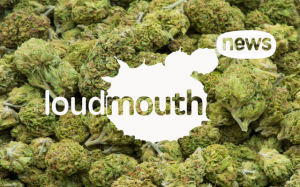 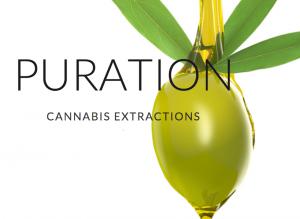 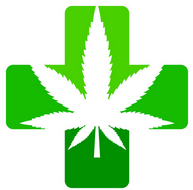 Could These Be The Biggest Winners From The Passing Of The Farm Bill?

KENMORE, WASHINGTON, UNITED STATES, December 20, 2018 /EINPresswire.com/ — Will it be Cannabis cultivators (OTCPK: HEMP), (OTCPK: KALY), and (OTCPK: PURA), or Media Mogul (OTCPK: CBMJ) or major coffee company (OTCPK: BCCI). All are attractive depending on your tolerance for risk or specific investing objectives.

The FARM bill is as real as real gets. We take a good look as to who stands to benefit the most, which companies are providing investors with unparalleled returns, and those few who will likely benefit in the near and long-term beyond what could have been predicted without this historic legislation.

First, let's show the dynamic shifts that are possible by a couple of companies who stand to benefit and whose investors have already placed what is likely to be the majority of the bets that will be made.

One highly watched yet potentially overbought company that has been a fairly quiet prior to the inevitability of the FARM Bill (OTCPK: HEMP) has had explosive gains, Despite OTCMarkets issuing a Warning that (OTCPK:HEMP) may not be making material information publicly available, and designating it the second to worst classification STOP SIGN. They have maintained a constant buzz towards the end of 2018. Anticipation will probably carry this over into 2019. With the Farm Bill passing in both the House and Senate, Hemp, Inc. being a bi-coastal processing giant in the industrial hemp industry should benefit tremendously provided the president seals the deal. (HEMP) is probably a safe bet for near-term gains however the majority of explosive gains have likely been achieved already.

Another Company literally rising from the ashes based on some current activity is Kali-Extracts Inc. (OTCPK: KALY ), an extraction company. Significantly more alarming, OTCMARKETS has given the worst of all designations to (OTCPK: KALY) a Caveat Emptor Skull and Crossbones. This indicates proven criminal activity and sanctions either enforced or likely. Nonetheless, they have seen staggering volumes and a very sharp increase in share price despite having been seriously delinquent in their filings and suffering from actionable malfeasance to the point of being given the usually fatal Skull and Crossbones designation by www.otcmarkets.com. (OTCPK: KALY) has made very recent efforts to become current and announced a partnership with fellow explosive stock Puration Inc. (OTCPK: PURA). PURA reported recent sales in December 2018 reaching the $1 million mark. The company seems to be making the right business decisions by following up a record sales month and although it may be slowing down, it certainly has the attention of astute investors.

On the other extreme, companies like (OTCPK:PURA), (OTCPK:CBMJ), and (OTCPK:BCCI) have all achieved OTCMARKETS highest tier certifying full compliance and the highest level of current disclosure.

One of today's major players in the cannabis industry is CBMJ. Canna Broadcast Media/LoudMouth News (OTCPK: CBMJ) https://cannabroadcastmedia.com/ is a premier cannabis broadcasting company and is set to benefit significantly with the passing of the FARM Bill.

As sales channels start to open up for CBD products the media properties and ad agencies needed to advertise these products to the masses will take a significant amount of time to catch up with the legal aspects of airing the advertising. CBMJ is already able to provide access to mainstream media to cannabis companies including CBD products through developed relationships as a content provider to traditional broadcast television networks and to the more than 700 terrestrial (over the air) radio stations making it the immediate choice for companies wishing to advertise their CBD products. Unlike some other stocks, CBMJ is not well known, and has not been overbought, yet has the potential to be the biggest winner of them all.

One of the biggest winners could actually be a non-cannabis sector company. You just cannot ignore that Baristas Coffee Company (OTCPK:BCCI) who has one of the most prolific reputations for extremely wild runs, just became the first major coffee company to endorse and dive into the CBD coffee space. They announced a partnership with privately held infusion technology leaders "Flower Power" to bring the world high-end CBD coffee. The fact that Baristas is a known performer in the market, is one of the 10 most recognized coffee companies in the US, and that they are very strongly aligned with their distribution partner Amazon, make this a company that deserves to be considered when evaluating how best to take advantage of the FARM Bill. Couple that with their uncanny ability to get their products featured during NFL Games, and that their CBD coffee will be the first CBD coffee advertised at the Superbowl and this could be a very very FARMtastic 2019!

For more information on this story and other Cannabis Stocks News visit CannabisStocksNews.com

For Comments, Questions or to suggest a news feature please contact: Editor@CannabisStocksNews.com