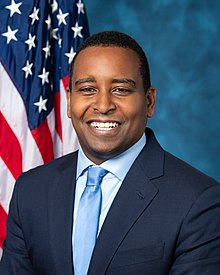 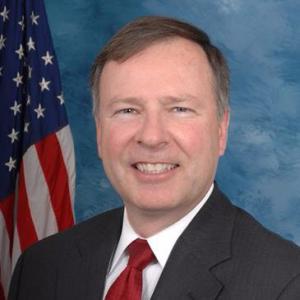 Example of a ‘Big Lick’ stacked shoe and ankle chains

I am proud to be a cosponsor of and advocate for this legislation because it is time for Congress to step-in and halt this brutal and unnecessary practice.”
— – U.S. Rep. Joe Neguse (D-CO-02)

DENVER, COLORADO, USA, August 14, 2019 /EINPresswire.com/ — The U.S. House of Representatives recently passed the Prevent All Soring Tactics (PAST) Act, H.R. 693, by a vote of 333 to 96. Nearly all of the bipartisan U.S. Reps. from Colorado, Diane DeGette, Joe Neguse, Scott Tipton, Ken Buck, Jason Crow, and Ed Perlmutter, all cosponsors of the bill, voted in support of the measure, while Rep. Doug Lamborn broke from the majority of Republicans in the U.S. House, and the delegation – voting against the measure and siding with abusers.

The PAST Act seeks to strengthen the Horse Protection Act and end the torturous, painful practice of soring Tennessee Walking, Racking, and Spotted Saddle Horses. Soring, the intentional infliction of pain to horses' front limbs by applying caustic chemicals such as mustard oil or kerosene or inserting sharp objects into the horses' hooves to create an exaggerated gait known as the "Big Lick,” has plagued the equine world for six decades.

U.S. Senator Michael Bennett joined as a cosponsor of the Senate companion bill on July 30th, S. 1007, led by the senior U.S. Senator from Idaho, Republican Mike Crapo, that mirrors the House passed legislation. Senator Cory Gardner has not cosponsored the Senate PAST Act but was formerly a cosponsor of the House bill when he served in the Lower Chamber in the 113th Congress. Colorado Governor Jared Polis was also a longtime supporter of the PAST Act during his time in the U.S. House as well.

“Soring involves cruel and intentional infliction of pain on a horse’s legs and hooves purely for sport,” said Rep. Joe Neguse (D-CO-02). “No horse should be made to suffer for competition. Though laws have been on the books for decades banning this inhumane practice, horse soring still runs rampant. The PAST Act would strengthen and improve current regulations and ensure that this practice finally comes to an end. I am proud to be a cosponsor of and advocate for this legislation because it is time for Congress to step-in and halt this brutal and unnecessary practice.”

“I support the humane treatment of all animals and remain committed to ending the cruel practice of soring,” said U.S. Senator Mike Crapo (R-ID). “I appreciate the House’s movement on the PAST Act. I will continue to work with my colleagues in the Senate to see that the legislation moves in the Senate and that current animal welfare laws are enforced.”

“We applaud the Members of the Colorado Delegation who voted to end this barbaric and indefensible practice that has marred the horse show world for decades,” said Marty Irby, executive director at Animal Wellness Action and past president of the Tennessee Walking Horse Breeders’ & Exhibitors’ Association. “We’re disappointed that Doug Lamborn sided with abusers, but the landslide support for the bill is a powerful signal to the U.S. Senate that it should pony up and end this cruelty to horses once and for all.”

The PAST Act has been blocked for years by a handful of well-placed lawmakers, but a new House rule triggering consideration of any measure that attracts 290 or more cosponsors brought the issue to the floor. PAST attracted 308 cosponsors, and was led by U.S. Reps. Kurt Schrader (D-OR) and Ted Yoho (R-FL), cochairs of the Congressional Veterinary Medicine Caucus, along with Reps. Steve Cohen (D-TN), Ron Estes (R-KS), Jan Schakowsky (D-IL), and Chris Collins (R-NY). The Senate companion has garnered 43 cosponsors.

See what Members of Congress from across the nation have to say about the PAST Act by clicking here.