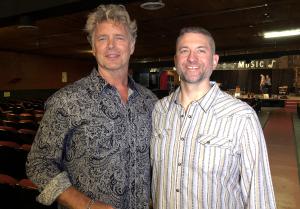 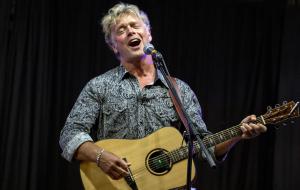 We’ve got some of the best ground in Central Illinois. We show growers agronomic problems in the field and talk about how to fix the problems with solutions that involve Precision Planting products.”
— Jason Webster, an agronomist, who runs the PTI farm for Precision Planting

BUCKNER, KY, US, August 15, 2019 /EINPresswire.com/ — Farm and heavy construction equipment manufacturer John Deere recently received approval from the U.S. Department of Labor to launch a Registered Apprenticeship Program for its Agriculture & Turf and Construction and Forestry dealers across the United States.

The manufacturer will create a program that will give dealers a formalized, on-the-job and technical training plan that will help them mold highly skilled technicians.

On Episode 17 of Fastline Fast Track, Grant Suhre, director of Region 4 customer and product support for John Deere Ag & Turf, talked to host Brent Adams about the program, which is expected to help address a shortage of thousands of qualified technicians nationwide, especially in rural areas.

The apprenticeship program will allow John Deere dealers to collaborate with the John Deere Tech Program, K-12 schools, community colleges, labor organizations, economic development groups, foundations and workforce development boards to identify and recruit prospective technicians. Some existing dealership employees also may be eligible for the program.
John Deere dealers opting to participate in the program can receive support and technical assistance from the manufacturer and Jobs for the Future, a U.S. Department of Labor intermediary, which will expedite the registration process with state or federal apprenticeship agencies. After registering, dealers can immediately enter employees into the Agriculture and Equipment Technician or Heavy Construction Equipment Mechanic programs.

“The new Registered Apprenticeship Program complements our existing John Deere Tech program,” Suhre said. “In addition to the on-the-job training experience, an apprentice will receive technical instruction and be assigned a personal mentor as a part of the highly organized training structure. Upon completion of the apprenticeship, he or she will receive a nationally recognized journey worker certificate.”

Episode 17 also features Fastline Fast Track’s visit to Precision Planting’s Precision Technology Institute Farm in Pontiac, Illinois, where all summer hundreds of farmers from around the world visit to learn about Precision Planting’s precision ag technologies, which are based on best-use agronomic practices. Farmers have classroom time, and then go out into the field on the 200-acre farm to test the products for themselves.

“We’ve got some of the best ground in Central Illinois,” said Jason Webster, an agronomist, who runs the PTI farm for Tremont, Illinois-based Precision Planting. “We show growers agronomic problems in the field and we talk about how we fix those problems with solutions that involve Precision Planting products.”

Also on Episode 17, former “Dukes of Hazzard” and “Smallville” and current “The Haves and the Have Nots” star John Schneider performs music from the Shepherdsville Music Barn in Shepherdsville, Kentucky. Schneider has been recording and performing country music since his “Dukes of Hazzard” days, and has recorded more than 100 songs since 2016. He also was a cast member on Season 27 of ABC’s “Dancing With The Stars.”

His latest project “Christmas Cars” is slated to be released in November. It is a “Dukes”-esque tale that chronicles the tribulations of his character Uncle Denver, a nod to original cast member Denver Pyle, who played Uncle Jesse Duke.

“People keep asking me, ‘Why don’t you do another ‘Dukes?’ Well, I don’t own the ‘Dukes.’ I can’t. But, I can do a movie about a guy who was on the show who is now trying to save his farm by selling little cars.”

About Fastline Fast Track
Fastline Fast Track is the 2019 AAEA the Ag Communicators Network Podcast of the Year. It is a bi-weekly show, produced by Fastline Media Group and hosted by Brent Adams, that can be found at www.fastline.com/podcast/fast-track. It also is available at Apple Podcasts, Google Podcasts, Spotify, Stitcher and TuneIn and iHeart Radio. The podcast is aimed at helping people in the agricultural community understand important industry issues, make informed equipment purchases and find innovative ways to save time and money. In additional to agricultural topics, Fastline Fast Track includes country living features and the best in traditional country music, presented by the historic Ernest Tubb Record Shop, 417 Broadway, Nashville, Tennessee.

About Brent Adams
Brent Adams is the Director of Content for Fastline Media Group. He is an award-winning, 24-year veteran, broadcaster, print journalist and public relations professional. He has worked in television and radio in Louisville, Kentucky, and as an editor for print publications in Louisville, Kentucky, and Indianapolis, Indiana. He also has served as Director of Public Relations and Broadcasting for the Louisville Fire and Kentucky Xtreme indoor football teams, for the Ernest Tubb Midnite Jamboree Association in Nashville, Tennessee, and for various Nashville-based country music artists.

About Fastline Media Group
Fastline Media Group has grown from a traditional magazine and print business to a full-service digital and data-centered operation that provides mixed marketing solutions to the agriculture and related industries. The company produces 22 farm industry catalogs, digitally and in print, across the United States. Fastline also owns i3 Digital Agency, MCW Printing and provides marketing and business intelligence to the agriculture and related industries.
###