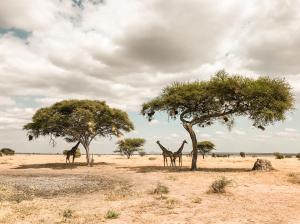 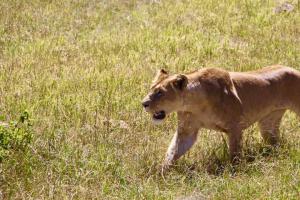 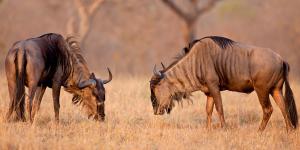 Serengeti National Park is one of the premier safari destinations in the world, the Best Time to Visit Serengeti for Tanzania Safari.

Serengeti National as best of seven wonders of the world and landless plain with high concetration of wildlife!”
— Foot Slopes Tours Tanzania

ARUSHA, TANZANIA, March 27, 2020 /EINPresswire.com/ — Serengeti National Park is one of the most famous national parks in Africa. The Serengeti is sited in north-western Tanzania, covering 14,763 sq km and is situated 335k from Arusha, extending north into Kenya and bordering Lake Victoria in the west.

Serengeti incorporates all kinds of ecosystems ranging from the acacia trees Savannah in the center to the forested grasslands of the north. From the black clay plains of the west and the lush greenery expanse of the south to the rivers, swamps, and lakes. Each section of Serengeti has its unique story to narrate, so each section of Serengeti is worth visiting.

Serengeti is renowned for its large concentrations of wildlife with one of the highest predators’ numbers. You can easily witness all the game animals at Serengeti including the elusive black rhino, kongoni, giraffe, elephant, eland, topi, buffalo.

The most obvious attraction of the Serengeti is the Great Migration phenomenon in which around two million wildebeest along with zebras, elands migrate the endless plains of Serengeti to the Maasai Mara in Kenya in search of grazing land every year. Apart from its diverse wildlife Serengeti has a varied birdlife with over 500 bird species documented at the park.
Best time to visit

Serengeti National Park is open for visitors all year round, however particular areas are best at particular times. The overall best time for wildlife viewing is during the dry season i.e., from late June up to September with the wildebeest migration as its ultimate highlight. However, the timing of the migration varies every year, with the best chance of witnessing wildebeest river crossing is during June and July while from late January to February is the best time to watch the wildebeest calving.
What to see?

Without a doubt, the wildlife viewing is the main attraction of Serengeti National Park. Apart, from its varied wildlife, you can witness the mesmerizing landscape of the park.

In Serengeti National Park you can easily spot the Big Five of Africa along with millions of wildebeests, zebras, antelopes, crocodile and other varied species of animals can be spotted at Serengeti.

You can also visit the Oldupai Gorge and the Kopjes of during your game drives and discover them.
How to get there?

Serengeti National Park is accessible by both roadways and airways.

Roadways: It is about 8 hours drive time from Arusha Town. You can reach Serengeti from Arusha either by taking private taxis or shuttle buses.

At Serengeti National Park you can do an array of activities such as:

Serengeti National Park although outnumbered eight to one, the zebra join in the migration, maintaining their family units of about a dozen members, each with a dominant stallion. Lion, cheetah, hyena and hunting dog follow the wildebeest and zebra, making sure that only the fittest survive. In November, when the grazing is finished in the North, this army of animals surges back to the now green pastures of the south, where they calve and mate before starting the entire cycle again. Normally, the best time to see the animals here is during January and February. Heading north into the Park, the grass becomes noticeably longer, and it is usual to see Grant’s and Thomson’s gazelles, as well as the occasional small groups of topi and kongoni. Out of the vast sea of grass also rise great granite outcrops, known as ‘kopjes’, which have their own range of vegetation and wildlife. Towards Seronera, the Park headquarters, the landscape becomes more varied. Hills rise out of plains crisscrossed by small rivers. Umbrella acacia trees appear, elegant and serene, contrasting with the twisted Commiphora trees.