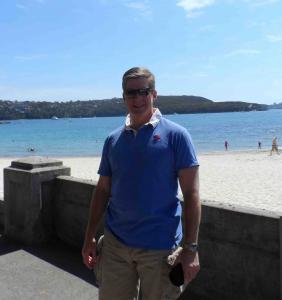 ARLINGTON, VA, UNITED STATES, April 2, 2020 /EINPresswire.com/ — As yearly growing conditions have altered how and when seasonal grape production takes place as a result of global climate change, wine enthusiasts and connoisseurs like Jim Feldkamp have called for greater environmental action to prevent the degradation of vineyards.

"We really have to do something about the vineyards", says Jim Feldkamp, a professional wine taster of the last ten years. Before that, Jim Feldkamp worked in the military which he says has prepared him to take steps in the direction of fighting for environmental policy changes. "When you have been dealing with those same bureaucratic systems for a while, you understand the inner workings and can see things from their perspective a little better."

This knack for dealing with corporations with political ties is not lost on Jim Feldkamp who has used his background as a military and cybersecurity expert to work with climate change experts in order to formulate arguments against lobbyists who would seek to control how vineyards operate all over the world.

"When you look at the science of the matter, you start to see a pattern in growth rates as well as a pattern in vineyard production decrease in correlation to manufacturing increase." One would think the science could be used against hardcore manufacturing lobbyists but the truth couldn't be any further. "Sometimes reason doesn't work with people who are looking to put economic viability over the quality of a vineyard." As a result, Jim Feldkamp has joined forces with these climate change experts as well as used his network to get his own policy changes in front of the hands of those decision-makers in Washington D.C.

"We've actually been able to make a little bit of headway, to be honest with you." Jim Feldkamp, whose policy action group revolves around putting more public taxpaying dollars into additional greenhouses for vineyards so the grapes can retain their original biochemistry for optimal wine production.

"It has certainly been an adventure." Jim Feldkamp has noted when talking about how he has managed to deal with politicians, climate change experts, lobbyists, as well as his own military career friends. "It requires a certain level of passion and that is something that I have noticed among the vineyard owners and climate change experts. They all have a passion for what they are doing and my passion is wine growth and wine tasting." Jim Feldkamp is quite accurate about his statements. "I wouldn't have gotten as far as I have with all this if it wasn't for the passion that I bring in day in and day out when dealing with this cast of characters."

And passion is what Jim Feldkamp uses in spades and what he has had to rely on throughout all of his different careers. It will be interesting to see how he can affect the vineyard industry with his calls for environmental action in the future.