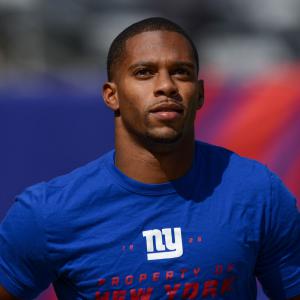 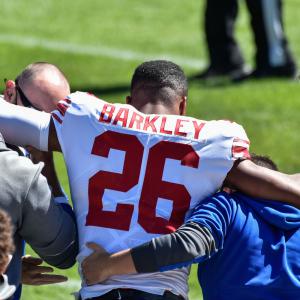 LOS ANGELES, CA, UNITED STATES, October 25, 2020 /EINPresswire.com/ — It's been a couple of weeks after the New York Giants star running back Saquon Barkley suffered a torn ACL for the season. But in Barkley 's path to rehabilitation, one former Giant who is all too familiar with the challenges of recovering from a major knee injury feels optimistic.

“I’m extremely confident in him coming back,” retired wide receiver Victor Cruz told Giants Wire. “I believe he’s going to attack this recovery the same way he attacks everything else and that’s with confidence and discipline and understanding exactly what he has to do to get back to playing shape, so I’m excited for him and I’m excited for his comeback.

Cruz has said that after everyone has had a chance to calm down, he plans to reach out to Barkley in a few weeks.

“I know that these times right now aren’t going to be the best. He’s going to go through a lot of things mentally, physically, emotionally and it challenges every part of you when you are away from the game due to injury.

During his time in New York, Cruz was part of the Super Bowl XLVI crew and was admired, but in 2014 he went down with a broken patellar tendon and, sadly, was never the same again.

“I plan on reaching out to him in a couple weeks or so. I just wanted to give him some time to get in a routine and understand what’s going on and process it all before I reach out to him,” Cruz added.

Barkley has the kind of motivation and enthusiasm for the game to attack his rehab and come back solid, as Cruz points out. The running back does not shy away from contact, and his effectiveness comes from open field cuts, so it is more than fair to wonder about his return.

The Giants should have no doubt that Barkley is going to do everything in his power to return to the game-changing superstar he 's considered to be as he continues his comeback journey.