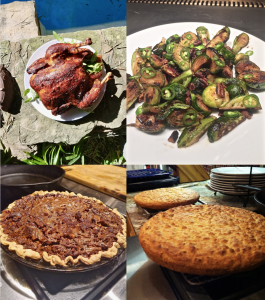 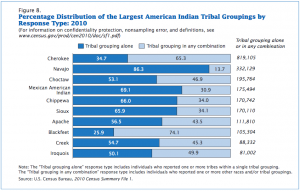 Europeans who immigrated to Texas in the 1500s found wild turkeys in the various communities they encountered all the way from Houston to Brownsville.

In the larger sense, indigenous means that all human beings are of this earth, bound up together as brothers and sisters in community.”
— Adán Medrano

HOUSTON, TEXAS, USA, November 20, 2020 /EINPresswire.com/ — The traditional turkey is the centerpiece of the Thanksgiving table, and if you are celebrating in Texas, it is rooted in very specific Native American history. Europeans who started coming to Texas in the 1500s found that wild turkeys were a food source in the various communities they encountered all the way from Houston to Brownsville. In Texas it’s the Rio Grande turkey ((Meleagris gallopavo intermedia) that they saw roaming wild in south Texas and northeastern Mexico.

The earliest archaeological evidence of turkeys is found in central Mexico which was a regular trading partner of Texas. Not many people know that the Karankawa, Coahuiltecan, Lipan, Tonkawa and other peoples living in Texas over the last 15,000 years traded with the communities in southern Mexico. Actually, places like Houston, San Antonio and others were quite cosmopolitan, in the sense of having wide international sophistication.

Dr. Alston Thoms, Professor of Anthropology at Texas A&M University explains that the Gulf Coastal Plains were the center of constant communication. From east Texas through the western central and southern regions, native peoples established heavily traveled routes leading into central and southern Mexico and these same routes were later used by the Spaniards who took them as their own and called them collectively El Camino Real, The Royal Road.

Descendants of Native Americans like the Coahuiltecan, Jumano, along with Karankawa, Lipan, Tonkawa and others, continued to live all across Texas. But they did so as “Mexicans” because their Native American identities were erased by the Republic of Texas.  Their name was officially changed to “Mexican” in 1837 by the Texas Standing Committee On Indian Affairs in its report to then President Sam Houston:

“The People called Lipan, Karankawa and Tonkawa your Committee considers as part of the Mexican nation and no longer to be considered as a different People.”

Suddenly, the identity of Texas Native Americans disappeared from the public record, morphed into “Mexican.” Although Texas indigenous  peoples were thereafter recognized only as Mexican, we nevertheless continued cooking in our indigenous ways, and that’s how we kept alive the native roots of today’s Texas Mexican food.

Native Texas Thanksgiving Philosophy
There is a philosophy about Native American cooking that I learned from my apá and amá, mom and dad. I absorbed it by watching the way they lived, and I try my best to follow it. It is well worth seeing how it can be applicable to the times in which we live, with Covid and deep divisions. The philosophy is one of universal kinship with all people, all living creatures and with all matter includng trees, stones, water and sky.  This means that hospitality and welcoming are the core practice that defines what it means to be human.

On any land that we stand, we belong to mother earth, we stand on sacred ground. And anytime we cook we get the chance to welcome all, everybody, no matter what race, ethnicity, gender, sexual orientation or religion. In the larger sense, indigenous means that all human beings are of this earth, bound up together as brothers and sisters in community. Let’s celebrate that philosophy this Thanksgiving, (false pilgrim myths aside), at a table where ALL are welcome.