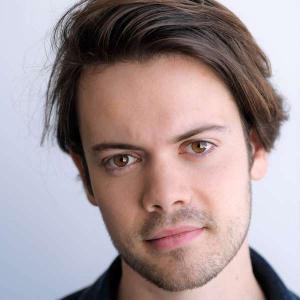 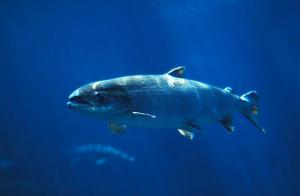 Just like Nemo, all fish are intelligent and sensitive beings. Unfortunately, there aren’t U.S. laws in place to spare them from routine suffering. That’s why I’m supporting Animal Equality’s work.”
— Alexander Gould

LOS ANGELES , UNITED STATES, February 17, 2021 /EINPresswire.com/ — Animal Equality has released undercover footage from a slaughter facility operated by The Scottish Salmon Company, a supplier of major United Kingdom supermarkets, as well as numerous international retailers, including in the United States. The pioneering footage, shot by an undercover investigator, is the first of its kind to be released in the U.K. and shows the brutal nature in which farmed salmon are killed.

Alexander Gould, who voiced Nemo, the much-loved animated clownfish in Disney/Pixar’s blockbuster movie Finding Nemo, has also shown his support for the campaign by narrating Animal Equality’s video of the investigation findings.

“Just like Nemo, all fish are intelligent and sensitive beings. Unfortunately, there aren’t U.S. laws in place to spare them from the routine pain and suffering involved in the aquaculture industry. That’s why I’m supporting Animal Equality’s work to protect fish. Nemo’s friends need our help,” says Gould.

The investigation, published exclusively by The Times, has revealed several extremely serious animal welfare abuses, including a significant number of salmon who were killed while fully conscious. Some were filmed falling from the kill line and onto the floor, where they were left to suffocate for several minutes; others were deliberately thrown to the floor by workers.

“The brutal footage released by our team shows the heartbreaking truth about the fishing industry—an industry whose practices inflict tremendous suffering on billions of fish every year. Companies like The Scottish Salmon Company aren’t unique in their cruelty, and this investigation shows that we have much work to do in order to establish even basic protections for farmed aquatic animals. It’s the least these sensitive animals deserve,” says Sharon Núñez, President of Animal Equality.

Animal Equality is working in the U.S. and around the world to bring attention to the abuses of the fishing industry, as well as to help establish new animal welfare protections for aquatic animals. In the meantime, those who wish to help prevent the suffering of fish are asked to please leave them off your plate.

To learn more about the suffering of fish in the fishing industry, visit animalequality.org/fish.