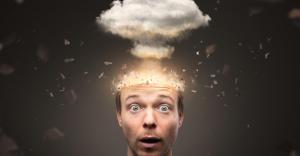 Bosses must get up to speed with the mental health of their staff – that’s the view of The Workers Union.

COVENTRY, WEST MIDLAND'S, UNITED KINGDOM, September 23, 2021 /EINPresswire.com/ — In an announcement made this morning, a spokesperson for the organisation said that firms were ‘failing in their duty of care towards their staff’ if they continued to prioritise job specific training over investment in soft skills.

‘The pandemic has shown us that nothing is guaranteed in life. It’s been a stressful, testing time and one that has taken its toll on everyone from frontline NHS workers to office-based staff. Businesses need to get on board with what’s been happening and realise that behind the smiling eyes, not everyone is coping with juggling work, family life and personal issues.’

The statement comes at a time of accelerated interest in mental health concerns amongst the UK’s health bodies. The National Institute for Health and Care Excellence (NICE) and Public Health England (PHE) have issued draft guidance to firms, in which they advocate specialist training for managers in how to deal with mental health issues.

NICE and PHE are soliciting feedback on the draft guidance until Friday the 29th of October. The final document is expected to be published in March 2022.

The Workers Union on Mental Health at Work

In a wide-ranging report published last year, professional services giant Deloitte highlighted the impact of poor mental health on the UK’s economic performance. The headline figures were eye-watering, with up to £45 billion in costs for British firms each year.

But the economic cost is only one side of the story. At the centre of the storm lies the human cost – an ever shifting figure that may well hide its true extent as people try and refocus their lives through the distorted lens of mental illness.

It doesn’t have to be like this. Deloitte, for example, also found that for every pound spent by employers on mental health interventions, they get £5 back in reduced absence. The lesson here should be obvious, but for those who still harbour doubts, we will spell it out: stuff happens in life, but if you look after your staff, they’ll look after you.